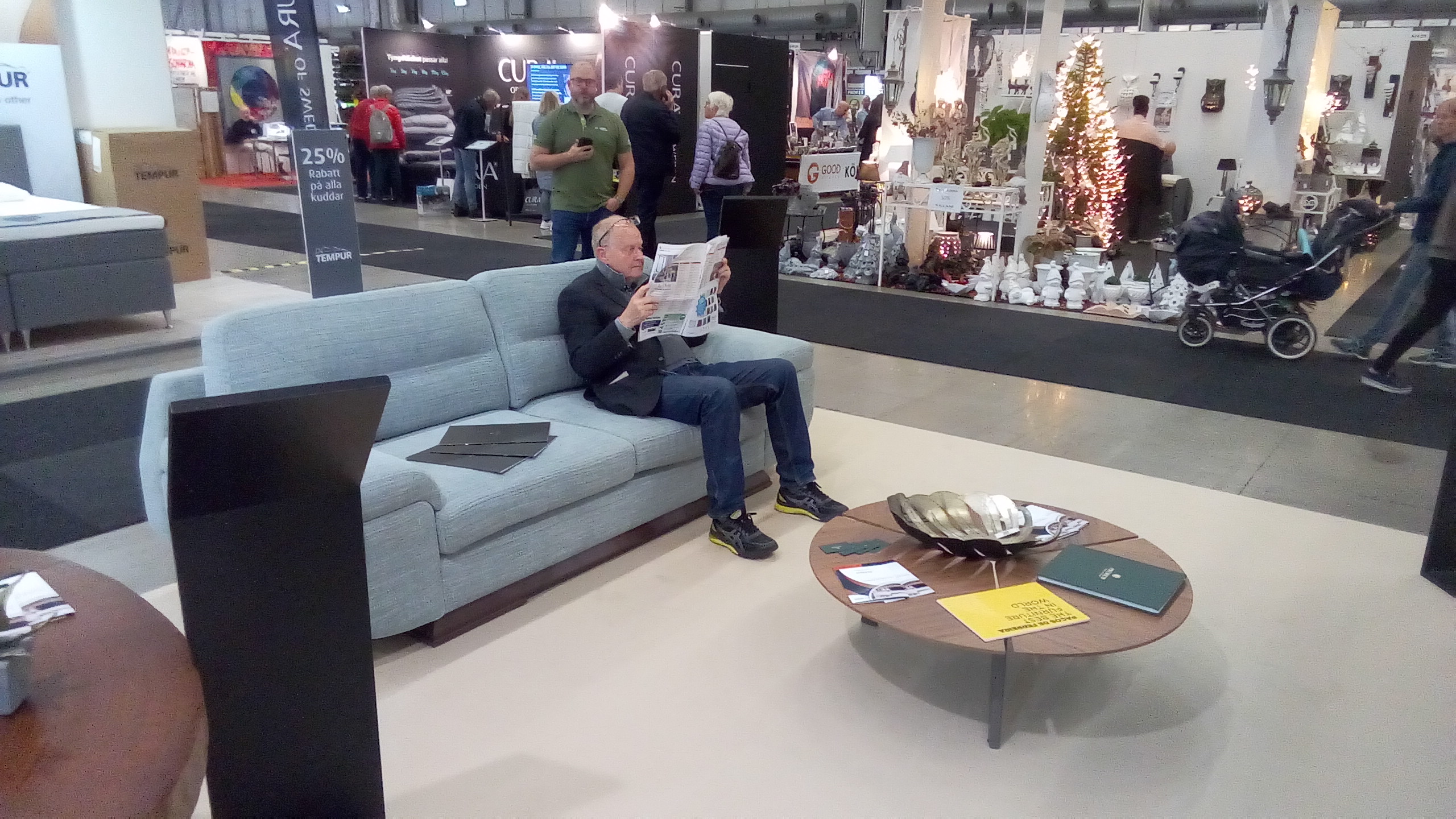 The “CM – Feeling the Essence” Project, sponsored by the Paços de Ferreira Business Association, was present at three other international fairs and expanded the reach of the increasingly internationally known Capital do Móvel brand. In the second half, AEPF’s participation and their associates were at the Habitat Fair in Valencia – Spain from 17th to 20th September, at Bo & Bygg in Stockholm – Sweden from 10th to 13th October and at the Meubelbeurs Fair – Salon du Meuble in Brussels – Belgium, November 3rd to 6th, 2019.

The project is part of a set of actions to enable the business sector of the wood furniture sector to increase the internationalization of its business by improving its image, marketing innovation, foreign trade information and promotion of export offer. Also included in some fairs are products from other reference sectors, such as clothing or home textiles. The companies participating in the “CM – Feeling the Essence” exhibit reach thousands of visitors in dozens of countries around the world.

The Habitat Fair, in Valencia, this year had a 25% increase in its audience compared to the 2018 event, reaching almost 33,000 visitors from more than 65 countries. Bo & BYGG, in Stockholm, had almost 26,000 people circulating at the booths on the four days of the fair. The Brussels Furniture Show registered around 20,000 visitors from countries such as France, the United Kingdom, Ireland, Germany, Switzerland and Scandinavia.

“Internationalization projects are an excellent opportunity for our companies to gain other markets, increase visibility about their production and also to learn about new trends. Our product has all the conditions to compete in the big international markets. We have quality, cutting edge technology and we are always innovating with our creations”, adds AEPF President Rui Carneiro.

Projects ‘M&V: Challenge to Competitiveness’ and ‘Capital do Móvel - Feeling the Essence’ complete their work

Projects ‘M&V: Challenge to Competitiveness’ and ‘Capital do Móvel - Feeling the Essence’ complete their work